Prices are accurate at the time of publication.

When you buy through our links, Insider may earn an affiliate commission. Learn more.

Brian Broome is the author of the vulnerable 2021 memoir “Punch Me Up to the Gods,” which recently won the Kirkus Prize for best non-fiction and received literary accolades from the New York Times’ Editors’ Pick to Amazon’s best books of 2021. 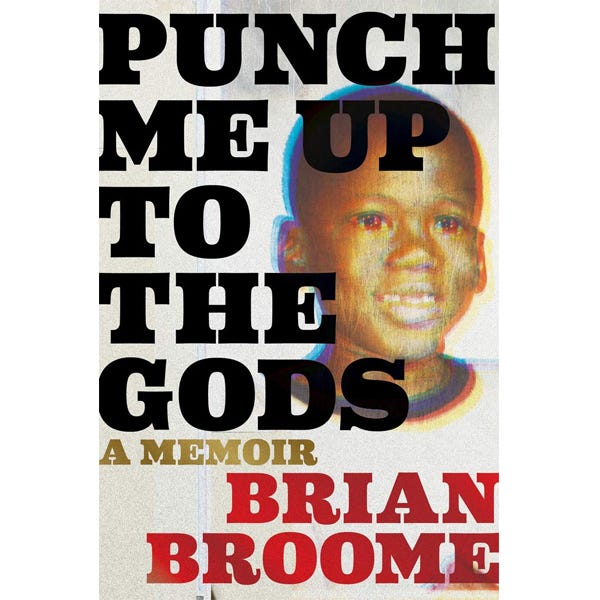 It’s not every day that an author’s first full-length memoir wins recognition upon recognition — but if you read “Punch Me Up to the Gods,” it’s clear why Brian Broome’s work is such a hit. In a way that enlightens and educates readers, Broome dives deeply into his own personal experiences growing up as a Black, Queer man in Ohio, from his childhood friend telling him that Blackness is represented by hypermasculinity to his father teaching him to suppress his tears. “Black boys have to be tough but, in doing so, we must also sacrifice our sensitivity, our humanity,” he sums up in the first chapter.

Sensitivity and humanity, however, seem to be an asset in Broome’s writing process, which he describes as both “a lonely pursuit” and a cathartic means of coping. Growing up, Broome enjoyed writing but was told it was a strange pastime because he was a boy and “should’ve been playing baseball or football.” In adulthood, writing has helped him shed the sense of conformity he felt when he was younger.

It’s exactly what makes Broome’s story so powerful: The very skills that he was taught make him weak actually make his story stronger — Broome’s vulnerability and personal experience compel readers to approach his words with a curious and empathetic lens, eager to learn more.

When speaking to Broome, it’s obvious that writing is incredibly valuable to him, whether as a means of processing the ongoing pandemic (during which he edited most of his memoir) or guiding him through his years of sobriety.

We spoke to Broome to learn more about how his personal experiences, favorite books, and writing community shaped “Punch Me Up to the Gods.”

Writing serves as an emotional outlet and a way to communicate with the people Broome loves the most.

Although writing “Punch Me Up to the Gods” was cathartic for Broome, he’s also transparent on how the writing process — and sharing this writing with the world — is equally anxiety-provoking in how vulnerable you have to be.

“It’s difficult to embarrass yourself or to admit to your own shortcomings,” says Broome. “The day before publication, I had a bit of an anxiety attack when it hit me that I had committed so much of my own dirt to paper, for potentially thousands of people to read.”

Ultimately, Broome has found this process to be productive and worthwhile. “My family and friends now have a better understanding of why I was such a nightmare for so many years, and we can now have more honest conversations about my life and theirs,” he says. “This helps to keep me clean and sober.”

“Punch Me Up to the Gods” is uniquely influenced by Broome’s own experiences while also pulling inspiration from many different works he admires. Broome is quick to mention Gwendolyn Brooks’ poem, “We Real Cool,” which also appears at the start of the memoir. The introduction that precedes it — by poet Yona Harvey — speaks of the impact James Baldwin has had on Black writers, and how “Punch Me Up to the Gods” is framed around Baldwin’s influence constantly appearing throughout the memoir.

Broome also credits James Baldwin for bringing visibility to Queer people of color. Baldwin’s novel, “Giovanni’s Room” was “the first gay story I’d ever read,” says Broome. “I remember being excited with the knowledge that gay stories and people could be that beautifully rendered.”

He goes on to share that “even more than his writing, I have always been enthralled by Baldwin’s seeming defiance to live in a world that told him in so many ways that he shouldn’t exist. It’s always that that inspires me about him and so many other queer people of color. The refusal to apologize for existing the way that we are born.”

Some of the works and authors that have inspired Brian Broome’s writing:

While he writes alone, Broome relies on writing communities to stay inspired and connected to other writers.

Although writing can feel especially lonely during a global pandemic, Broome cares about the writers and works who’ve inspired him. At the time of the interview, he was preparing for the 1455 Project, a literary arts event that celebrates the art of storytelling.

Broome had the opportunity to speak on a virtual panel at the 1455 project with several creatives he admires. “I’m taking part in the event because I know what it’s like to sit in that room and then write something,” says Broome, going on to explain that events like the 1455 Project connect writers that may create on their own, but can learn from and motivate one another.

To describe the connection between storytelling and community, Broome points to bees. Once bees return to the hive after pollination, they will act out their pollination processes to the other bees in the hive. “Even bees tell stories,” says Broome — to him, his community of writers is his hive.

Through community, Broome has been able to find strength in his writing, his recovery, and himself. “When I was in rehab and I was struggling with drugs and alcohol, I was really waiting to die,” he says. “And now the sun is shining, and I just got off the treadmill, and I’m speaking to you.”